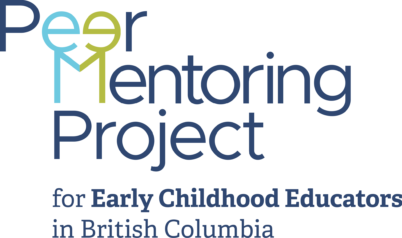 My doctoral research focused on the needs and experiences of beginning Early Childhood Educators in BC.  This research was motivated by the startling statistic from ECEBC that 50% of Early Childhood Educators leave the field within the first five years of work (Early Childhood Educators of British Columbia, 2012). From this research, Early Childhood Educators identified the work as being both overwhelming, yet deeply satisfying, the induction support as haphazard, meaning they could not count on receiving support through mentoring and/or professional development, and finally, educators endorsed the idea of a program of support for all new educators (Doan, 2016).  From this research, I developed peer-mentoring projects for both new and experienced educators as a pilot study (Doan, 2019). This has included peer-mentoring through a community of practice, where educators learn from each other and have access to: online support, access to faculty, visits to early learning programs, and professional development based on the needs of the group.

Early childhood educators who took part in this work reported a greater connection to the ECE community, they learned new skills and knowledge through professional development that was responsive to their needs, and had increased confidence in both giving and receiving mentoring.